Radio Commercial : Benefits of Advertising Your Business on Radio

Even with so many modern-day competitors, radio is still a popular medium. A 2021 NPR study reported that 63% of American adults listen to the radio daily. Therefore, a radio commercial is still a viable marketing strategy.

In addition, there are many other ways that your business can benefit from radio ads. This article will cover a good number of them. In case you need more convincing, read on.

Because of this, a radio commercial can be written, recorded, and mixed quickly. In addition, recording companies can make necessary changes without losing much time.

In contrast, a television commercial will take longer to complete. Any missing element can lead to production delays.

Surveys taken over the years have asked consumers which media format they trusted more. In many of these, including this one, radio had a higher trust ranking. This is in contrast to media like television or social media, which ranked lower.

This trustworthiness is also present with radio advertisements as well. Surveys such as this one prove as much. As a result, consumers will see your brand as more trustworthy when you advertise on the radio.

It can take months for you to learn the results of a print, internet, or television campaign. In contrast, you can get radio marketing campaign results almost instantly.

There are many ways that you can measure radio advertisement interaction. One of these is how much customers spend after hearing a commercial. Another is how many of them visit your website or business location.

In addition, receiving information faster can help you change your campaign faster. If the metrics aren’t what you want, you can pull the current ad. Then you can make a new advertisement or cancel the campaign altogether.

Such flexibility isn’t possible with most other advertisement types.

Radio Personalities Can Be Effective Influencers

It’s no secret that celebrity endorsements can boost a product or service’s profits. Brands have been using music, movie, and sports celebrities to promote their products for ages. In fact, a recent study showed that 66% of brands were going to increase their influencer-based marketing budget.

The popularity of this advertising method is no accident. Studies have shown that the ROI of these campaigns can be as high as 11%. Also, this type of advertisement is very effective with younger consumers.

You may believe that this form of advertisement won’t work with radio personalities. It may appear that their popularity level is less than that of TV and/or social media influencers.

This isn’t true. According to this survey, radio listeners know a lot of personal information about their favorite DJs. Therefore, a DJ endorsement can be as effective as one from other influencer types.

Television and the internet are not very portable forms of entertainment. Even if consumers can access either of them with a phone or tablet, Wi-Fi is difficult to get. Consumers need to stay in an area with free Wi-Fi or pay a lot for wireless data.

Radio is different. All that a consumer needs is a good quality radio. Then, they can mostly access stations whenever and wherever they want.

In addition, less focus is required to listen to the radio. Listeners don’t need to focus on radio visually as they would on television and the internet. They can easily do any other activity, such as driving, working, and so on.

Therefore, your company’s radio ad will probably get a lot more attention than those in other mediums.

Each form of radio content has a specific demographic. These data points include age ranges, locations, and so on.

For example, younger generations more often listen to newer music. On the other hand, older individuals lean towards the music of their youth.

All of this is available to radio stations. When you purchase airtime, they can match your ad with your preferred demographic. Then, they will air it at the appropriate time.

Along with hosting your ad, radio stations can also offer your business marketing with events. Radio personalities or guests can test your products on air. A contest where winners receive your products or services is another option.

These sorts of events are more difficult to do on social media or tv. A consumer can easily turn away from these campaigns to do something else.

However, a radio listener may be stuck in their car. Therefore, your audience can be partially captive.

Make a Radio Commercial With Us

Of course, even with the best medium, a poor commercial can make your marketing campaign fail. Therefore, it’s also important to create an effective radio commercial. With this, your business is more likely to profit from the benefits of the radio medium.

If you need help with creating an effective radio commercial, we can help. Our radio ad production process can offer your business everything it needs. This includes incredible voice talent, persuasive scriptwriting, and attractive sound effects and music.

What are you waiting for? Hire our services ASAP. 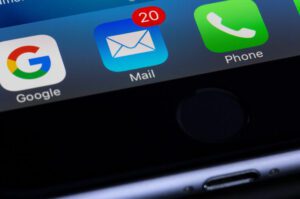 On Hold Messaging: Is It Worth It? 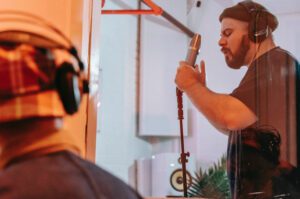